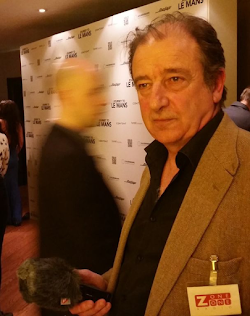 A motor sport enthusiast, Rupert raced go-karts at age 14 graduating later to single-seater cars for several years. His career has been in marketing, running his own direct marketing agency, Blue Channel, as well as being a freelance journalist for many years.

After working in Italy, France, Germany and Switzerland he returned to settle down in England. He attended a business school in Geneva (Switzerland) followed by Hotel Management school and on returning to England after a stint of working in Paris, he worked for the renowned restaurateur Peter Langan. However, his long held passion for motor racing got the better of him and the next few years were devoted to racing while keeping down a day job in sales and marketing.

He used to spend most Saturday afternoons hosting the sports show with Robert Young on Brooklands Radio where he specialised in the politics and gossip of Formula 1 as well as partnering Emily Ruscoe on rugby. He presently hosts the sports show on ZoneOneRadio, a radio station whose target audience are AB(C1), live and work in central London (zone 1), aged between 24 and 35 and 60% female