A LION IN WINTER 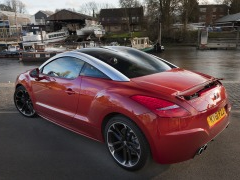 Peugeot RCZ GT 080112It has been a long time since Peugeot has produced an iconic car. The 205 GTI was the original hot hatch that started a European revolution. For years we have had a long line of boring dull offerings with little design flair with the exception of the 306 cabrio.

For me the RCZ combines the chic of the 306 cabrio with the sporty image of the 205 GTI. This car would look sexy on the Champs-lys-es and cool in the paddock at Paul Ricard. The good news is that design flair and handling are back at Peugeot.

Tom Lee our motoring photographer and I studied the design cues and decided that the RCZ has the nose of Gerard Depardieu, the rear end of Brigitte Bardot and looking at the roof line, the cleavage of Marlene Jobert. The rear three quarter view is probably the most flattering while one has to allow the rather lumpy nose to grow on you.. We love the Zagato inspired double-bubble roof, the powerful haunches that give it a super car stance and the crisp airy interior design. 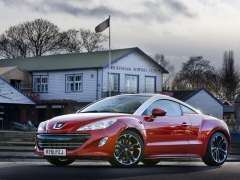 The standard sculpted leather seats and the flat bottomed wheel give you the idea that there is excitement to come. With 200bhp on tap from this 1.6 litre turbo engine you could expect a few fireworks and this is where some compromises are made. It doesn't feel or sound like it has that amount of power. The RCZ will whisper along in town and it is only when you really floor the accelerator and get that engine spinning past 4500rpm that a pleasant muted bark comes from the exhausts.

The handling is excellent. One can pitch the RCZ into tight corners and roundabouts with complete confidence that leaves the opposition wide eyed and behind. With fine balance and composure, fast sweeping bends can be taken flat with no drama. I did experiment with the manual activation of the rear spoiler from its 19 degree first position to the full 34 degrees when cornering fast but have to admit to not finding any real noticeable difference. Still, it was fun trying.

Please Peugeot, no lefty green eco version. Give us another 50bhp and maybe that German exhaust system, available from after market supplier Ruffer (http://www.youtube.com/watch?v=Yb46ynkQjSg)

Ah yes, the media navigation caused me some difficulties coming up with spurious messages about SIM cards and then refusing to navigate anywhere other than the destination that I had input on the first day. As the test car had not been supplied with a handbook I went to the local dealer, Robins & Day in Chiswick. I foolishly decided to ask a member of the sales staff if they could help out, having previously mentioned that this was a Press car. The young lady's grasp of English was such that she kept asking me why the car was a present. She clearly had zero knowledge of the RCZ being unable to answer neither questions on the media navigation system, even arguing that it could not play DVDs, nor the manual application of the rear wing or anything else. Her male companions in the showroom were equally ignorant of their product and seemed to delight in watching the poor girl squirm in embarrassment. Hopefully not all Peugeot dealers are as unhelpful and ignorant of their products as this lot because the dealers are the first impression that the buying public will get of a fine product. 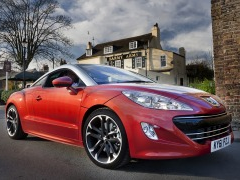